How This Surprising 79% NBA Study Can Dramatically Improve Your Drills, Practices, and Workouts 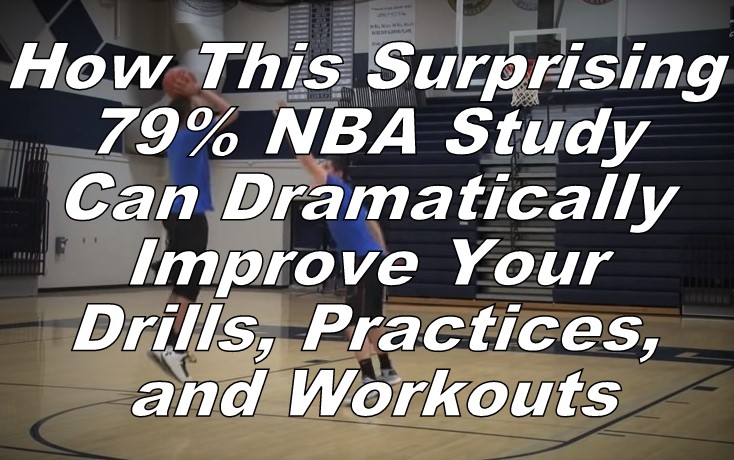 I believe this article will help you organize drills, practices, and workouts in the most efficient way possible.

As a result, your players will improve faster and have more success in games.

It will also simplify your organization and reduce the amount of time you spend planning practices.

It also allows you to mix post and perimeter players in workouts and still be highly effective.

The more you study Don Kelbick’s Attack & Counter Skill Development System, the more you realize that it is perfectly aligned with the Pareto Principle.

What is the Pareto Principle...

It is also known as the 80–20 rule, and the law of the vital few and trivial many. It states that, for many events, roughly 80% of the effects come from 20% of the causes.

If this is true, you better spend as much time as possible focusing on the 20% (the vital few).

Well, this system does this for you. It focuses on the most important things that happen over and over and over.


How The Attack & Counter System Applies The Pareto Principle

As previously mentioned, Don Kelbick simplifies the footwork, accelerates skill development, speeds up decision-making, and improves confidence and aggressiveness. (In case you missed it, we discussed these things in great detail in here, here, here, and here.)

In addition to all of that… Don makes you more efficient and effective with your drills, practices, and workouts. He does this by focusing on the most important things.

Here is a sample of Don’s drill or workout progressions. Depending on your situation, you can use some of the progressions or all of them in a workout.

You can replace the corner to wing cut with any cut that occurs during a game; wing to corner, block to perimeter, half court to wing, etc.


But how does this apply the Pareto Principle? How is this effective? This NBA Study shows how...

A NBA study from 82games.com showed that only 19% of shots came after three or more dribbles…That means the majority of shots come with two or fewer dribbles.

Don’s workouts focus on the things that happens the most during a game… shots with 2 or fewer dribbles… That’s the Pareto Principle.

Additionally… look at the points per possession based on dribbles!


So not only does Don’s workouts align perfectly with the Pareto Principle by focusing on things that happen most often...

They also steer players towards building playing habits that are the most effective and will lead to the most success… shots with 2 or fewer dribbles.


If you’re serious about improving your team’s or your child’s skills, check out the Attack & Counter Player Development System.

We also have a 100% money-back guarantee. That way, we take all of the risk and there is no pressure on you.