Elite IQ Athletes Do This More Often on the Court (or Field) to Improve Decision Making! 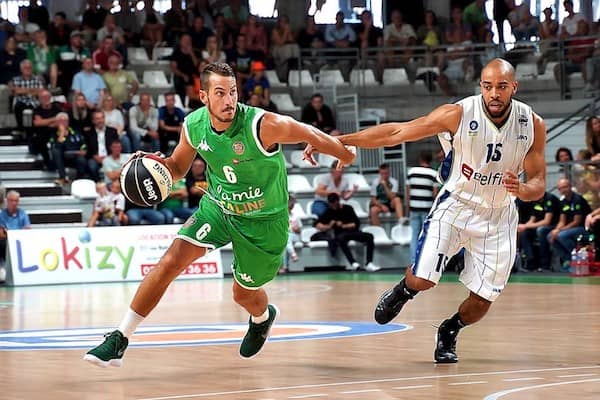 Recent research by Geir Jordet at the Norwegian School of Sport Sciences has shown how often elite players "scan" - that is, look away from the ball to gauge the position of the players and space around them - more often than less proficient players. "Those who [scan] most frequently are those with the clearest picture of their surroundings... when they receive the ball," Sam Dean recently wrote in the Telegraph. "The best midfielders, Jordet found, will scan five or six times in those ten seconds."

I don't think it's too much of a stretch to infer that elite basketball players scan the floor more often.

Great playmakers like Chris Paul are always scanning the floor with and without the ball.

By scanning the floor before you receive the ball and while you have the ball, you will know the position of the players on the floor.

This enables you to quickly act!

You might see an open teammate cutting to the basket. By seeing this and by gauging the defense as you catch the ball, you will know whether to immediately pass the ball or not.

This split second can be the difference between an open lay up and a pass that's a split second too late that results in a turnover.

But does simply scanning the court fix everything? Does this turn players into high IQ players?

Simply scanning more often may not help some players until they can perceive better.

Lemov also discusses that your perception is based on knowledge and experience.

Let's say you're a beginner and you've never been taught to cut backdoor if you're overplayed by the defense on the perimeter.

You may not understand the visual cues to look for... like the defensive player stepping above the 3-point line.

You may not know what action to take... like faking another step higher in order to take the defense out of position, then cutting to the basket for a backdoor cut.

It might take longer to gain that knowledge through trial and error.

As you develop experience with this situation after gaining the knowledge, your action is going to become quicker over time.

Be Careful With Paralysis by Analysis and Overcoaching

With all of that being said, it's very easy to overwhelm your players and give them too much information.

This creates the dreaded paralysis by analysis and overthinking on the basketball court.

As hall of fame coach, Jerry Tarkanian, once said, "The more your players have to think on the basketball court, the slower their feet get."

Another thing to be aware of is that the ability to perceive what's happening on the court is going to be limited if the player hasn't developed their ball skills or individual offense skills.

These are skills like ball handling, footwork, passing, shooting, and triple threat moves.

If they haven't developed these ball skills, their focus will narrow to executing the skills. Their vision narrows and they won't perceive what's happening around them.

For many beginners, it's difficult to dribble the ball while a defender is guarding you.

So how can we expect them to scan the floor, perceive a player cutting to the basket, locate the defense, then make a choice to pass the ball?

This isn't even considering the factor of the strength and coordination required for youth players to pass on a full court! Many youth players lack this.

This is just one of many reasons I believe 3v3 half court on baskets with lower heights is best for youth leagues.

So you should keep things very simple with youth players and beginners!

For offensive concepts, I typically just focus on:

And it's a gradual progress to add those concepts.

Less is more at this age!

How to Improve Perception and Decision Making

As you probably know, when we start talking about skill development, perception, and decision making, we can deviate a lot of different directions for topics to discuss.

So let's stop there and discuss some simple ways to improve perception and decision making.

Over time, you learn what to do and your actions will become automatic through feedback, experience, and countless repetitions.

And let's not forget the first lesson of the article...

What do you think? Do you have other ideas? Comment below!

Ball Handling & Footwork Workouts That You Can Do Anywhere