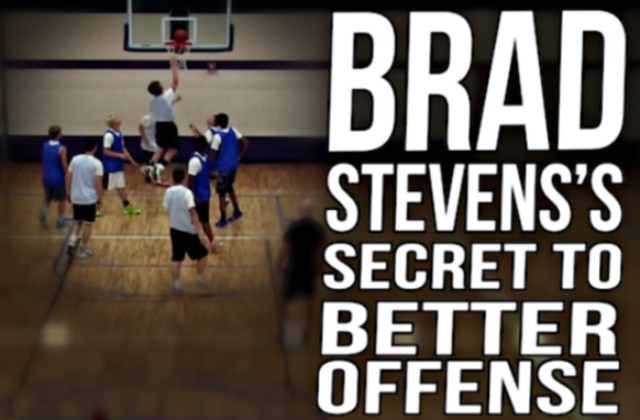 In the video clip below from Don Kelbick's Motion Offense, this drill improves passing and increases ball reversals.

And ball reversals are one of the most important ingredients of a great offense.

"There is a direct correlation between the number of ball reversals and defensive breakdowns."
- Kevin Eastman, assistant coach for the 2008 NBA Champion Boston Celtics

Of course, this is an extreme, but think what 5 or 10 points per game could do for your season.


Here is how the drill works:

However, you can only shoot a jump shot after 3 ball reversals.

You still allow lay ups. This encourages the offense to still be aggressive and look for easy baskets.


This might be the most impressive thing about the drill...

I'm sure you'd agree that the ball movement was good in the drill above.

Well, this is the first time Don has worked with these players. And all of the players are from different schools and haven't played together.

So Don made this progress in one weekend with a bunch of players unfamiliar with each other. And they're tired from being in a video shoot for 8 hours a day.

Now what do you think you could do employing Don Kelbick's Motion Offense strategies and drills over an entire season or over a few years?