Who is Damion Byrd? 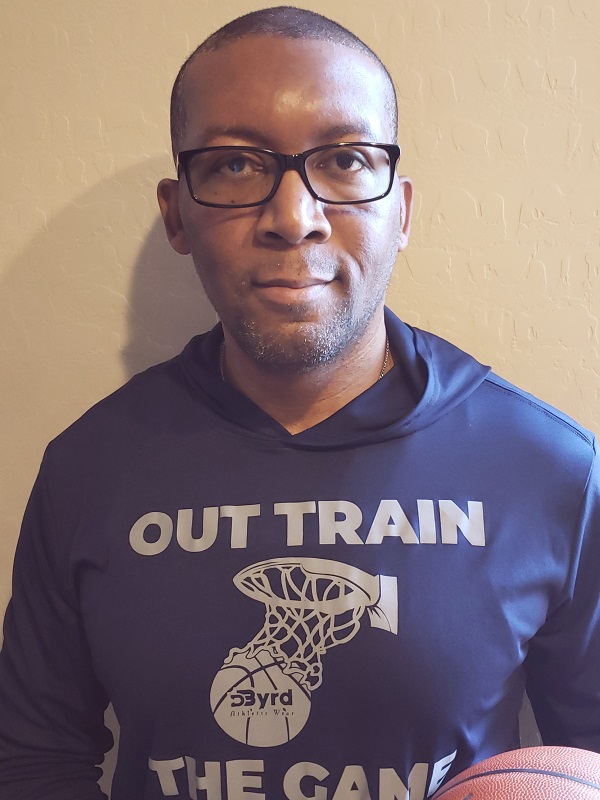 Coach Damion Byrd is a retired Air Force officer with more than 20 years of coaching experience at all ages.

His coaching versatility has allowed him to train players 5-6 year old all the way thru MS, HS, college, Euro & G- Leagues. He was a camp coach at Mercer University in 2013, the summer before they beat powerhouse Duke in the 2nd round of the 2014 NCAA tournament.

Byrd was named head coach of the All Air Men’s basketball team in 2013 and coached base-level adults for more than 10 years at 3 separate military installations with great success.

He is adept at all levels and positions of the game but specializes in ball handling, passing, court vision, & defensive footwork and agility: all of the traits that lead to a dynamic point guard and floor general. Byrd places great emphasis on mastering the details and being accountable to the things you can control as a player such as your preparation, energy and effort!