...Win more games, have more fun and make a long-term impact on your players' success 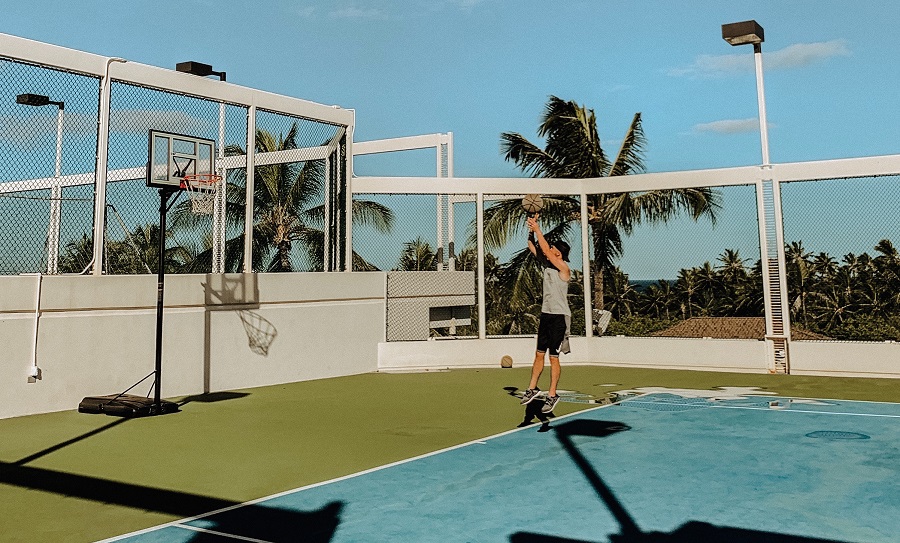 Photo by Devon Divine on Unsplash

It's one of basketball's worst kept secrets...

That no matter what offense, defense or sets two teams run...

The team with the best, most skilled players almost always wins.

Don't get us wrong, your team offense and defense principles matter A LOT.

But even the most perfect motion offense won't win games if players aren't knocking down shots.

A lightning-quick fast break won't get buckets if players can't finish at the basket.

In fact, your entire offense depends on versatile players who can take advantage of the opportunities the defense presents.

This is true at EVERY level of the game.

But as you'll see in a moment, the lack of proper skill development has become something of an epidemic...

Which also makes it an opportunity for you to:

But we can't just wait for players to learn the necessary skills by themselves....

They're Counting On YOU To Show Them

As a coach at any level, you're in the "Player Development" business.

To truly do right by your players, you need to teach them the foundational skills that will set them up to succeed - now and in the future.

Players don't understand how to do this on their own.

A few years ago, we were asked to contribute to a virtual "roundtable" of over 50 basketball experts.

The most common mistakes when running a youth practice...

The participating coaches and experts were high-level experts who represented all ages, skill levels and philosophies.

So many great insights were shared, but one in particular stood out...

Because 69.2% (36 out of 52) of coaches independently identified THE SAME PROBLEM with youth practices:

Every coach wants to win now.

But in the race to the top of the standings, player development often gets overlooked in favor of practicing plays, sets and defenses.

The irony, as previously mentioned, is that...

Coaches unintentionally shoot themselves in the foot by rushing through skill development.

You can run your offense to perfection, swing the ball and get the open shot, but if your players can't knock them down consistently what's it matter?

But now imagine you have players who can:

All of a sudden, everything you're running on offense works better.

Your offensive is truly maximized!

More Than Wins... Your Coaching Responsibility

Another common theme in the Expert Roundtable was that coaches at younger levels often overemphasized winning at the expense of players' long-term success.

This is a belief reflected by some of the top basketball minds in the world (who have first-hand experience at lower levels)....

Here's what a few of them had to say:

"(European players) are taught the game the right way at an early age. They're more skillful. It's something we really have to fix...(kids) don't know the fundamentals of the game. It's a big problem for us because we're not teaching players how to play all-around basketball."

"The fundamentals are not where they used to be...I don't know if it's the little leagues or AAU ball. I don't think the game is being taught the right way. I'm not saying every coach (but) there's a shortage somewhere. And it's hard because these little league coaches and these AAU coaches get a player, and he's so good, and they want to win so bad.... But they stop teaching all the guys."

And they aren't saying this from afar.

Each of the three guys above have children who play youth to high school basketball. Not to mention the camps they run each year.

They're in the fray and they see a serious problem.

Of course, everyone wants to win. The game's a lot more fun that way.

But it's important to strike a balance between winning now and setting players up to succeed later.

This Goes Beyond Youth Teams...

Believe it or not, many high school and college players were never properly taught the basics, either.

They learned on their own, piecing together advice from past coaches, parents and practice.

Many formed bad habits that hold them and their team back to this day.

Even NBA players have this problem.

"Today’s players simply lack the skills to play the triangle... They don’t know how to execute things like inside-reverse pivots and other basic footwork. They have no sense of timing or organization. They don’t really know how to play five-on-five basketball. It’s strictly generational..."

Some high school and college coaches skip skill development or spend little time on it, assuming players should have already learned the fundamentals...

But they don't realize how much untapped potential they could access just by re-establishing fundamentals. 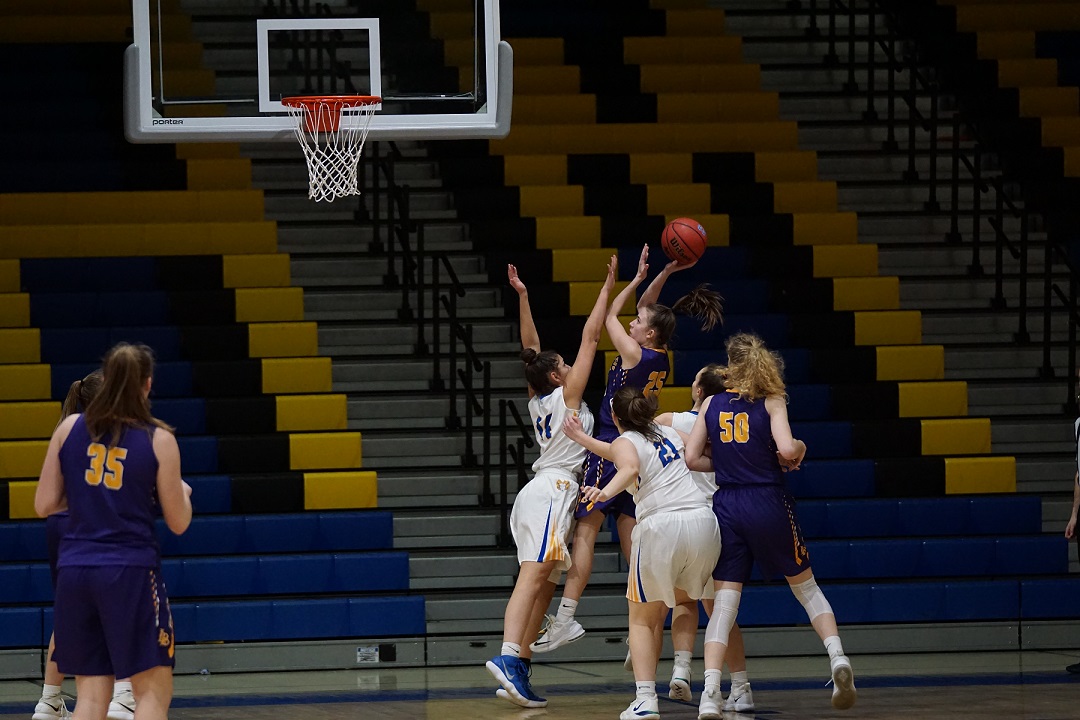 From an offensive scoring perspective, we're talking about developing a solid skill base all over the floor...

Players who establish these 3 elements of the game are...

But success in these areas isn't so straightforward for players.

As a coach, you must come prepared with the right knowledge and approach so they can grow their skill sets.

The 3 Keys To Success

Coaches need skill development expertise - the what, the why and the how. This isn't the time to wing it, or piece together drills from online or from your playing days.

Your choice in drills will make a major impact on the improvement your players see.

Your ability to run those drills efficiently and coach for progress will also determine long-term results.

You need to tailor your skill development to your players' age and skill levels.

If you're a youth coach, it's important to focus on the fundamentals.

But if you coach higher levels, you should also be able to teach players more advanced skills like layering moves together and developing counters when the defense cuts off your first option.

Skill development will only be a priority if you make it a priority.

Explain to players why this is so important.

Then consistently coach them on areas for improvement so they're making ongoing improvement.

Even the veteran coaches we talk to at times express confusion about how to best approach this critical aspect of coaching...

I think we need to be fair to coaches at all levels...

Many haven't spent years studying athletic skill development, and they're doing the best they can with limited practice time and a lot to cover.

But what if you could follow a proven skill development program you knew worked? 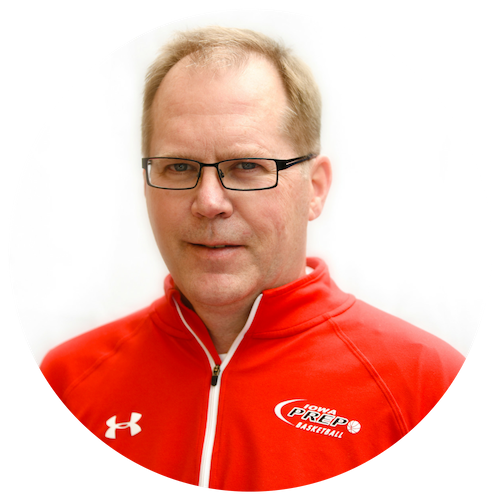 Coach Tim Schuring has been coaching at the high school, collegiate and club levels for over 29 years.

Coach Schuring has been recognized many times over his coaching career, most notably as:

Over the years, he's tested and perfected a skill development program that gives players an air-tight foundation...

And turns them into 3-D Scoring Threats...

Draining long-distance jumpers, penetrating to the hoop and finishing with either hand and stopping on a dime for mid-range pull-ups. 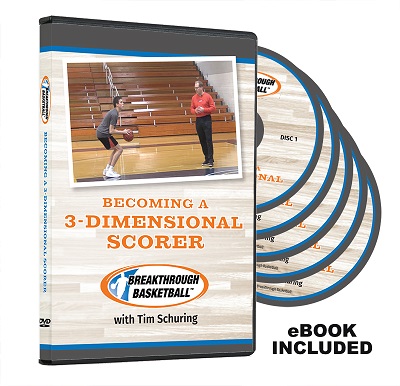 Schuring 3-D is a complete blueprint for developing elite scores who can put the ball in the basket from anywhere on the floor against any type of defense.

Not only will you add versatility and potency to your offense...

You'll win more games and feel confident you've given players the best individual coaching you could.

This program is designed for coaches, but it's also suitable for ambitious parents and players with a desire to improve.

Some of What You'll Learn:

This is so much more than a list of drills...

These trainings teach you:

Chapter 3: Drills to Build Your Foundation

Chapter 5: Shooting Drills Off the Catch

Chapter 8: Moves Off the Dribble

Chapter 9: Moves Off the Dribble Drills

Chapter 10: Dribble Moves Off the Catch

Chapter 12: Shooting Off the Dribble

Chapter 13: Shooting Off the Dribble Drills

NOTE: These are NOT game-based drills (againt defenders) -- although players will run them at game speed.

Everything in the program is done without defense to help players develop the proper technique and muscle memory.

Once this foundation has been laid, they'll be ready for game-based drills.

Take a Look Inside the Schuring 3-D Scorer Program

This special bonus gives you dynamic plug-and-play workouts that will immediately start developing your 3-D Skills.

You'll have options for beginner, intermediate and advanced workouts.

And each plan is designed for maximum efficiency and fast results.

Coaching Schuring has planned out every detail, so you’ll know exactly what to do:

Plus, you’ll get Coach Schuring’s direction on developing custom workouts for specific players, along with tips for helping them reach mastery level with any basketball skill.

This is an invaluable resource for any coach because it turns knowledge into ACTION and results for your players.

Save Money With This All-In-One Program

If you were to hire a quality basketball skills trainer to teach you or your players these drills and concepts, you'd likely be paying $100/ hr.

Given that there are over 5 hours of training here (plus additional resources), that makes the value of this program at least $500.

You also have to consider the time saved from scouring the internet looking for drills...

And the trial-and-error of seeing if they actually work with players.

Even as veteran coaches, we still invest in player-development trainings every year because we know it's that important.

What's it worth to know you've done everything to ensure your players and team reach their potential this season?

Only you can put a number on what that means to you, but for us, that's easily worth several hundred dollars.

But even at $400, that would put this out of reach for too many coaches who we know would benefit.

From there, simply click "Proceed to Checkout" and you'll be taken to our 100% Secure Payment page.

Just enter your contact and billing information to complete your purchase, and we'll email you all access instructions within a few minutes so you can dig into the trainings!

60-Day "Buy It Back" Guarantee

If you're anything like me, you have a few questions running through your mind before investing in a product...even when you already know it's a great fit.

Because we believe this is so important to your players, we want to make it easy for you to give this a shot.

So when you join Schuring's 3-D Scoring today, you're covered by our "Buy It Back" Guarantee.

We're certain you'll love this program and use it as a foundational coaching piece for years to come.

But if at any point in the next 60 days, you don't think it's right for you, just contact us and we'll "buy it back" from you at full price (giving you a 100% refund)

Let us take all the risk so you don't have to.

Click the "Join Now" button below to get Instant Access to the complete Schuring 3-D Scorer programs.

Do It For Your Season...And For Their Future

As we all know, the teams with the most skilled players almost always win.

But the most rewarding part of coaching is feeling like you made a difference in players' love of and future success in the sport.

This is your chance to do that better than ever before this season.

Click the "Join Now" button below to get started.