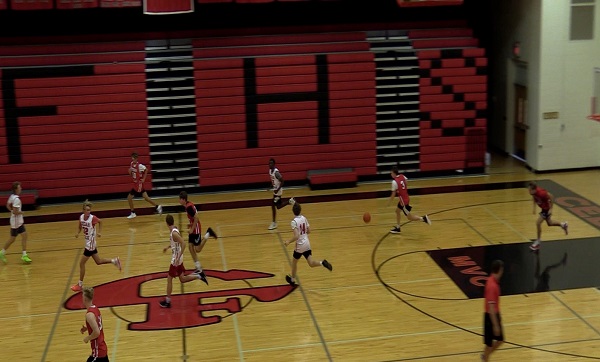 Ryan Schultz is now sharing another tool to take control of the court by exposing the vulnerabilities in your opponent's transition defense.

In this 1.5+ hour video and eBook set on the Early Attack Transition Offense, learn more about...

It's no secret that Ryan Schultz creates high-level basketball teams...

One key aspect to Schultz's great offensive teams is his transition offense and fast break scoring.

Simply having a quality fast break will result in more easy baskets before the defense can get set and cause a plethora of mismatches.

In fact, per Hoop-Math, here's how the median effective field goal percentage (eFG%) in 2019-2020 for NCAA teams compares...


And what's great... you can make your fast break and transition offense even better!

There are additional characteristics that Ryan Schultz incorporates that ramps up the effectiveness of your fast break and transition offense even more...

"Silent Triggers" Scramble The Defense and Give You More Easy Buckets!

Your players will react to what the point guard does (Early Attack Triggers), so the defense won't hear a call, hence the term "Silent Triggers."

The defense is already on their heels with no time to set... this is compounded by trying to read the action (silent triggers).

When you nail them with a quick-hitter action in transition that is silent and immediate...That's nearly impossible to prepare for and makes you virtually unscoutable.


53.7% Vs. 38.1%! Get More Valuable Shots in The First 8 Seconds of Offense While the Defense is Floundering

Scoring within the first 4-8 seconds of offense before the defense has a chance to get set translates to more points per game, which could make all the difference in the outcome for you.

Shots in transition have more value...look at the Houston Rockets' Field Goal % and how it goes down as the shot clock ticks away: Early Attack allows your team to get those valuable shots right away, and the pressure on the defense allows for the highest percentage shots in basketball...

Even if you don't get something off those initial actions when defense is most vulnerable, you've still made the defense move side to side and made them guard - they'll be out of position or tired - so you can easily flow into whatever offense you run without resetting (while keeping that pressure on the defense).

Easy to Coach and Learn - Implement Layers as Your Players Progress

Even though there are 9 Attack Actions, you don't have to put in all 9 at the beginning of the season. Only put in 1 or 2 you want to start with.

They aren't 9 completely different actions, either. You'll get core main actions with counters.You can easily insert counters as you go on.

In fact, Schultz finds that you can teach these actions quickly...a week max.

Works With Different Personnel and Gets Everybody Involved

The Early Attack Offense lets you change year to year based on your strengths. The actions can be tailored to your personnel - and should be.

Coach Schultz won 2 state championship titles with it back to back with two entirely different teams: You'll find that your players will be moving purposefully early in each possession so that...

This is something your current or future teams can use...no matter what personnel you have, just as Schultz has benefited from season after season. 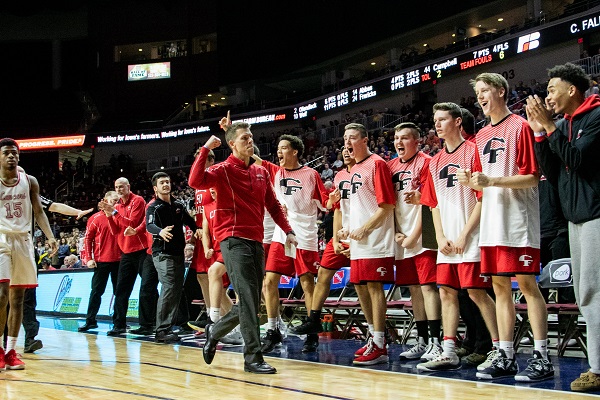 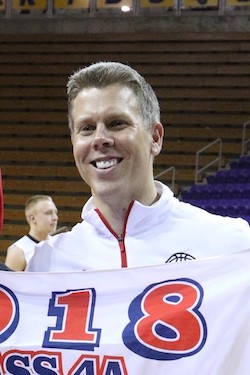 His accomplishments as Cedar Falls boys basketball coach include:

Besides his credentials, here's what Schultz's former coach and colleague have to say about him...

I have known Ryan for more than 20 years and have had the opportunity to observe him in both practices and games. He has worked tirelessly to develop himself into one of the top high school coaches in the state of Iowa. He is extremely detail oriented & produces high caliber college players on an annual basis while winning multiple state championships. It's been a thrill to watch his team's success every year.

Ryan Schultz is a passionate coach who is truly invested in the development of his players. His teams are always well prepared, play extremely hard, and most importantly have fun playing the game!!


Here's What You'll Get in This Video & eBook Package: 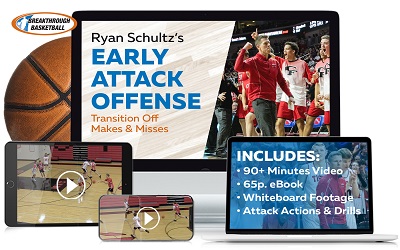 Coach Schultz gives an overview of the Early Attack... 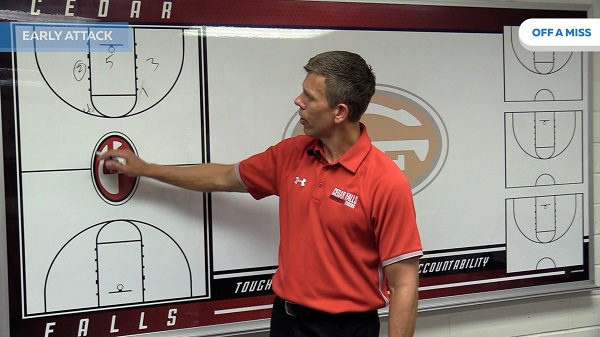 Chapter 3 - How to Transition Off Misses (Breakdown & Live)

You'll learn the 5 Early Attack Off Miss Rules, which helps your team figure out...

Chapter 4 - How to Transition Off Makes (Breakdown)

You'll see how to position your players to rip it and go, attacking and running lanes. Most of the time teams can transition back on defense after a Make, so this is where you'll implement set actions.

It will also be clear...

The made actions are predicated on where the ball goes, so there is no hesitation and you can continue to play with pace even on Mades. 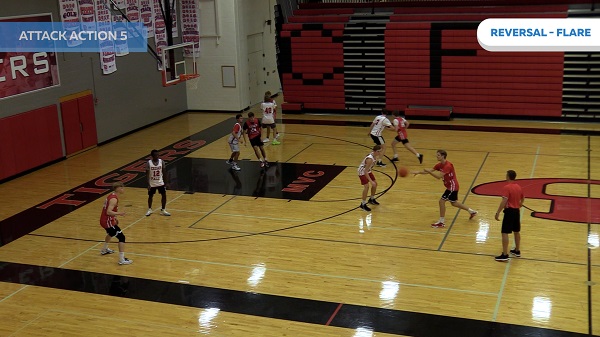 When you have no transition advantage, here are the 9 Early Attack Actions that you can employ to pressure the defense and look for an easy basket.

Without slowing down or resetting, you'll learn how players should come off of screens and how to seamlessly enter your offense if you don't score - without giving the defense time to reset.

Some of these actions are counters, so once your players learn the basic Attack Actions, they can easily learn the options/counters for each.

Chapter 6 - Drag Screen off a Make or Miss

This has been one of Schultz's go-to screens, especially against a zone defense. By having similarities to the other actions, it is tougher to scout.

The timing is crucial and you'll need to get your reads down, so working on this daily is a must.

Schultz will show you 2 options and 1 counter for the Drag Screen. 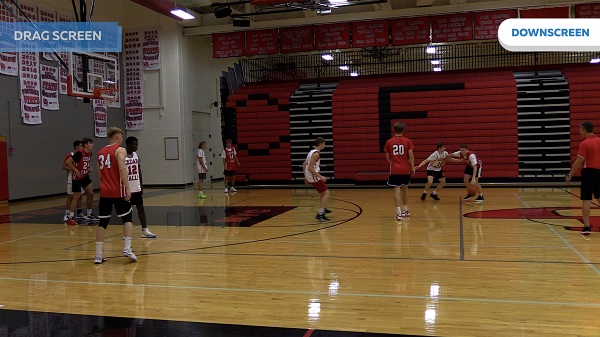 It is important to have numerous reps of transition actions in every practice. These drills start the same way.

In the beginning of the season you'll stop the drills more frequently to fix mistakes. As the season progresses and players become more and more efficient, allow your players to "play through" mistakes so they experience game-like situations.

Schultz also shows you variations for squads who don't know the offense.

There's an interesting perk, according to Schultz: There's a good chance your players will also become better defensively because they are running a good offense in practice - as long as you put a premium on competitiveness and both sides of the ball.

The purpose of these drills is to get everyone moving and active right away - bring on the high energy!

You'll do these at full speed so players learn to catch and play under control with pace. They'll also improve their finishing techniques. 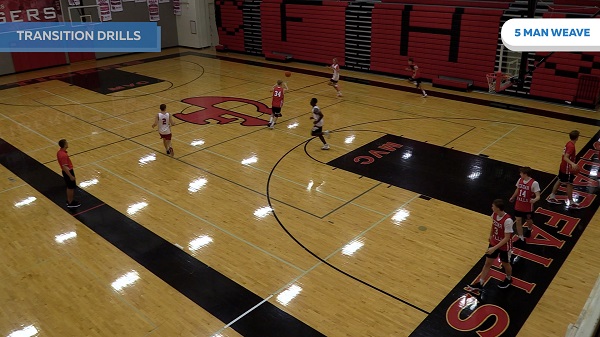 In this chapter, you'll find 5 variations of Schultz's 3-Man Shooting Series. The drills can be done at any time during practice (in the beginning as a warmup or at the end for conditioning and extra shooting practice).

Players will get A LOT of shots up that play into the offense quite well. They'll also shoot free throws as part of the series...

Here Coach Schultz will answer frequently-asked questions (you can also see the questions and answers farther down this page).

For your convenience, we have documented the background, philosophy, principles, and drills (with diagrams) included in the videos.


If You're Serious About Developing Assertive Players
Who Can Rip and Run...

Then this Early Attack Offense is for you.

It lets your team score high-percentage baskets in the first few seconds of the offense...and win more games.

You can easily adapt this each season to fit your personnel and take advantage of your strengths.

Personally, I would want youth teams to develop an attack mindset at an early age...and an understanding of how to run the floor.

This is one of the best transition offenses that you can simplify to start building that assertive mentality.

This sets up your players to have success at the next levels by NOT catering to the defense.

While you certainly wouldn't incorporate all of the actions in your first season, you can easily simplify this transition offense and still have plenty of success (see FAQs below).

Q: Is the Early Attack Offense a positionless offense?

A: The positions in our actions, especially off of makes, are definitely interchangeable. The ultimate goal is to put your players in the best possible situation for them to be successful - where they have the most advantage. We like to...

Q: Do you need specific types of players to run the Early Attack Offense?

A: You can run our transition offense and attack system with a variety of players.

We have been successful with many types of players over the years. We are a public high school, so we don't recruit and have had many situations in terms of our personnel. We have had big post players, and we have had quick guards. We have also had big guards.

In the video, we showed many actions and variations of them, so you can pick the actions that fit and benefit your team the best.

Q: I prefer a more deliberate (or slower) half-court pace. Does this transition offense work then?

A: Absolutely, the actions (including the drag screen we use on misses) would work well in a more deliberate offense. It is still a great way to run actions without having to call something from the sideline or re-set.

I can also see advantages to it with a shot clock...you could come down and run the actions right away, or you could go to them as the shot clock winds down after resetting.

Q: Can this offensive system be run at the youth and middle school levels?

A: Yes, you can modify the system for any level. It's necessary to start teaching this attack mentality early; the sooner you start developing that assertive mindset, the better. And it's easy to implement with youth...

With the attack off misses, I wouldn't modify it... With the made actions, you just simplify...

Q: How does the Early Attack Offense work against a zone defense?

A: First off, it doesn't matter what defense they are playing. We want to be in the attack mode.

We are going to come down with pace, speed, and attack mentality before we have even identified their defensive setup.

When we identify that the defense is in a zone, we continue with our attack mentality and implement specific actions against zone. It creates a numbers advantage right from the beginning...

No questions asked. No hassle. No worries.

Once you click the "Add To Cart" button, you'll be taken to the "My Cart" page to review your order.

Customer Reviews
Average Rating
5
( 3 )
Based on 3 reviews
Review This Product
Rate and review this product to let others know about your experience.
WRITE A REVIEW
SORT REVIEWS BY:

John Whitman from Sun Lakes, AZ
5/22/2022 at 1:13 AM
Silent triggers were simple and challenging to defend! Attacking under control with pace! 5 star rating!
This review is helpful

Larry Ellis from Rogers, AR
5/14/2022 at 12:49 PM
for teams who like to play up tempo this tape is very ,very good . i play both ends of the court using The System as a guide To win the is great to play the game is greater but to love the game is the greatest of all

This review is helpful