During the documentary, St. Patrick who is #1 in the nation faces off against St. Anthony's who is #2 in the nation during the New Jersey high school playoffs. St. Anthony's is also coached by the legendary Bob Hurley. During the game, Hurley runs a sideline play late in the game that was a start of a huge momentum swing that led to St. Anthony's victory and eventual national championship.

Bob Hurley's sideline play is a great play with many scoring options. Take a look below and let us know what you think. 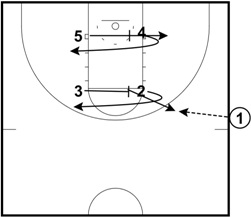 The players start in a box set. 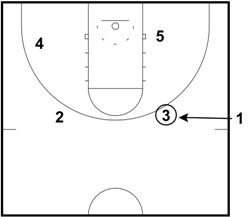 After the pass, 1 cuts off of 3 for a dribble hand off. 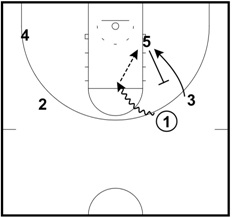 1 attacks the basket as 5 sets a back screen for 3.

Great Scoring Plays From Around The World