This drill teaches several fundamental skills, but does so in a fun, competitive way. The drill is designed to improve each player's defensive posture and technique, reward effort, aggressiveness and quickness, and create offensive and defensive transition situations. 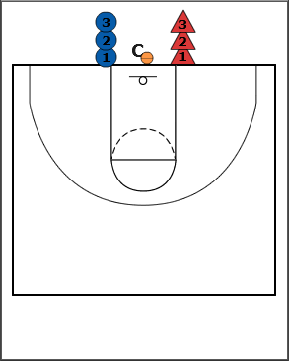 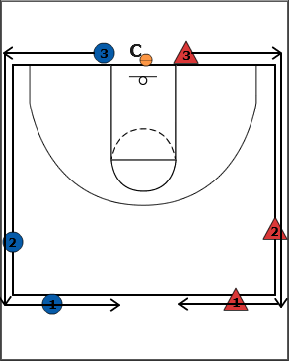 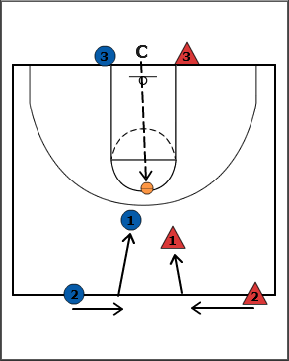 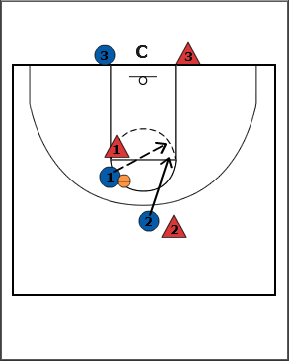 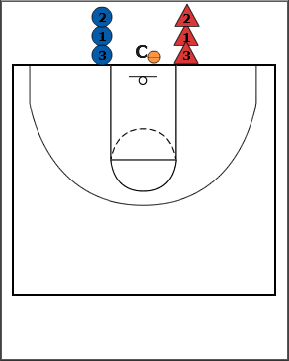