This drill simulates the first part of your press breaker in the full court. It helps players make crisp passes, read the defense, and not panic. 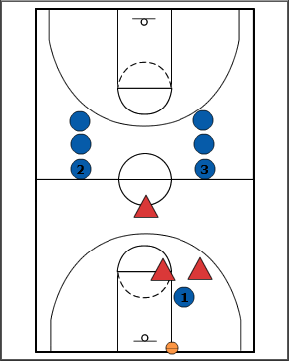 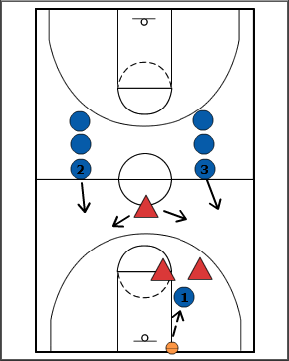 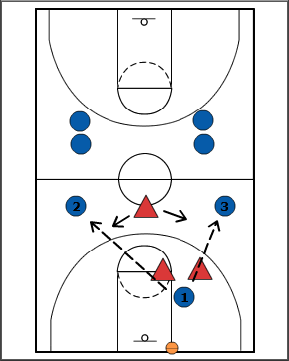 Catch and face the basket.

Stay low and wide (don't stand up or turn you back to the defense).

When possible try to split the trap.

If needed, use your back up dribble to create space and get a good passing angle.

When dribbling, look to attack the outside leg of one of the defenders to get past them.

Receivers should meet the pass.

Look up the court and read the defense before making a pass.

Be strong with the ball, protect it.