The offense and concepts presented in this video are things that I have run for the majority of my career. I have used them to be successful against all types of zones. However, in order to attack different kinds of zones, I first teach my players how the zones work and then allow them to adjust their angles, spacing, and positioning on the court to make that zone ineffective.

Too often, coaches run their zone offense without first evaluating how effective it will be against a particular type of zone. What may work against a 2-3 zone may not work against 1-2-2 unless the players on the court make the appropriate adjustments.

I think players must have the knowledge to make their own adjustments on the fly. Consequently, we spend a lot of time teaching our players how each particular zone works so that they have the tools they need to defeat any zone.

When we begin to orchestrate our attack against a zone, it's important that our players avoid locating themselves in the zone's natural coverage areas. When offensive players position themselves between defenders, they force the defense to make decisions about who is going to guard that particular area.

Our initial alignment naturally puts players in areas where the defenders in a 2-3 Zone defense must make coverage decisions. 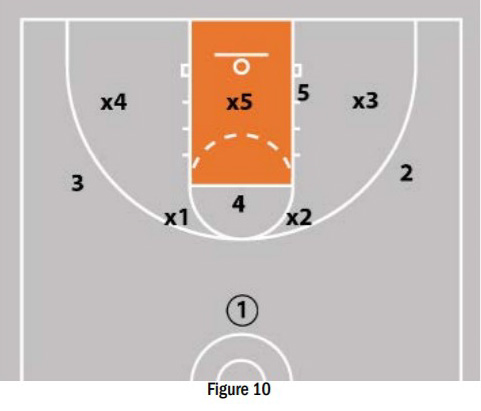 In Figure 10, the wings (2 & 3) are located halfway between the top and bottom players in the zone. This forces the nearby defenders (for example, x2 & x3) to decide who is going to cover that area.


If the Bottom Defender (x3) Guards the Wing

In Figure 11, the bottom defender (x3) plays the first pass to the wing (2). The middle player in the zone (x5) must guard the low post threat (5). This creates a sizeable opening in the short corner for the cutter (3) to fill. 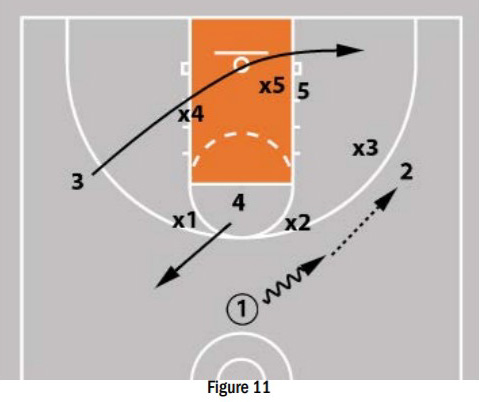 The short corner is another area of indecision for the defense. If the bottom wing defender guards the wing (2), then a 2 on 1 situation is created for the short corner (3) and post player (5) against the middle defender (x5). If the weak side bottom (x4) chooses to help across the lane, then there is no one left to defend the weak side threat (4). 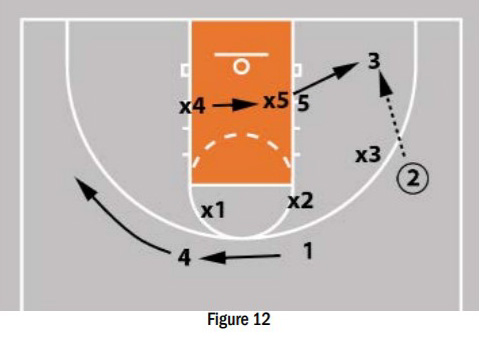 Figure 13 demonstrates the short corner options when the bottom wing (x3) is extended. Here, a pass to the top of the key (1) or through the post player (5) leads to a ball reversal. The next pass to the weak side threat (4) creates a wide-open opportunity. 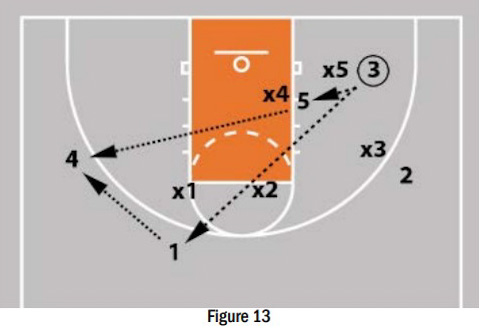 The goal of our initial alignment and wing entry is to distort the zone. This action forces the defense to decide who is going to guard the ball on the wing. If the defense does not communicate, if they are not well schooled in their rotations, if they do not play together as a team, then one of the following things is going to happen:


If the Top Defender (x2) Guards the Wing

If the top defender in the zone (x2) bumps the bottom wing down to cover the short corner, the offensive advantage is now on the weak side of the court. 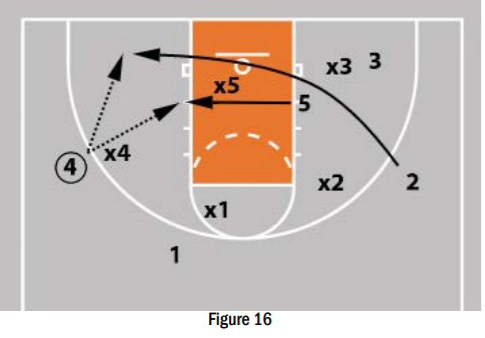 Another way the 2-3 Zone is distorted by our initial alignment is by placing an offensive player in the high post immediately. If the defense guards this in tandem (Figure 17), a pass to the wing will immediately create an advantage on the strong side. 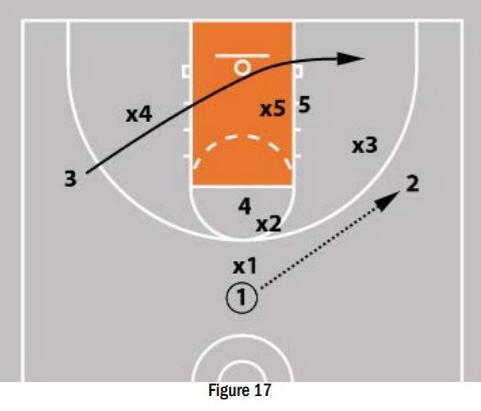 If the defense splits the top to deter an entry to the wing, the point guard simply passes to the high post for an immediate attack (Figure 18). 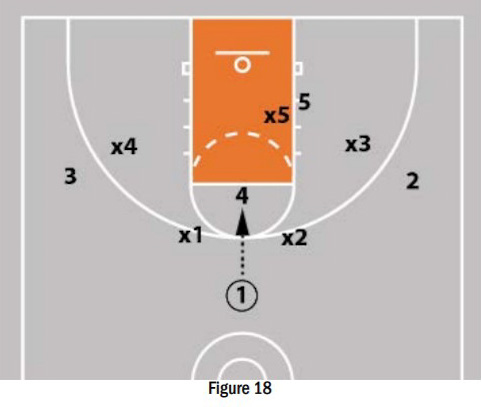 If the top two defenders pinch the high post to deter an entry pass from the point guard, then a passing lane to the wing is open creating an immediate strong side advantage (Figure 19). 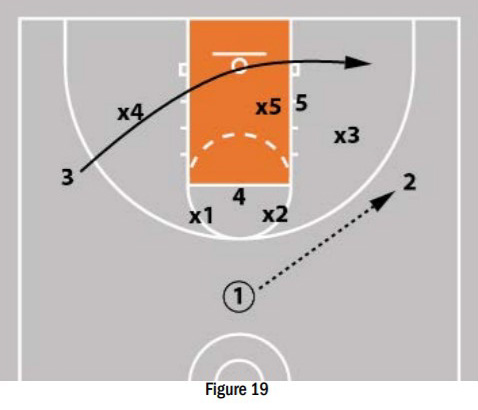 If the offense is able to distort the defense early in a possession, and does not allow the zone to be comfortable in their initial slides, the defense will spend the rest of the possession in recovery which is the goal of any successful offense.

This is an excerpt from Don Kelbick's Continuity Zone Offense & Concepts To Beat Any Zone Defense. It's a 71 minute video with a complementary 36 page ebook. In the video and ebook, there are additional tactics and concepts to beat zone defenses.