Who is Joshua Collins? 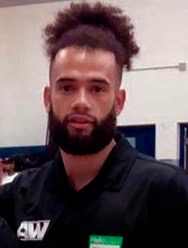 Joshua Collins was a 5 year starter at the University of Windsor from 2009 - 2014 under our very own, Coach Chris Oliver.  He graduated tied for most wins in school history as well as became the All-time leader in assists and steals at Windsor. We was named to the conference All-rookie team and a conference All-Star his last three years.

He played in the NBL of Canada where he won a Championship with the Windsor express, and later returned to Windsor to be an Assistant Coach under Coach Chris Oliver (2016 - 2018).  Josh is very familiar with the BDT method, first as a player in it's early stages and later as a coach.

He is currently working abroad in Abu Dhabi as the Director and Head coach of basketball at Jump Sports Academies, as well as a skills Coach at New York University Abu Dhabi.