Who is Jonathan Bluitt? 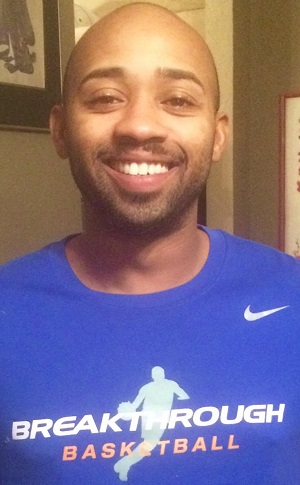 Jonathan Bluitt a 4 time high school state basketball champion from OKC McGuinness from 1998 to 2001. Bluitt also played for Athletes First and was the main catalyst for leading Athletes First to its 1st Nike Super Showcase in Orlando, Florida. From there Bluitt took his savvy skills and leadership abilities to Bridgton Academy, being one of the 1st guys out of Oklahoma City to explore the postgraduate experience.

As a collegiate player, Bluitt was a three-year starter and four-year letter winner from 2002 to 2006. Bluitt helped guide Oral Roberts University to a pair of Mid-Continent Conference regular-season Titles, a Mid-Continent Tournament Championship, NIT appearance and the 2006 NCAA Tournament.

Bluitt led the Mid- Continent in assist 3 out of the 4 seasons he played also ranks 2nd as the all time assist leader at Oral Roberts University.

Some of Coach Jonathan Bluitt's coaching credentials include: