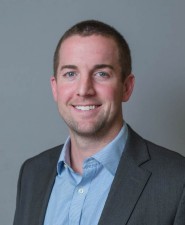 Adam Hepker returns to MNU after five years as an assistant from 2010-15. A 2008 graduate of MNU, Hepker spent a year and a half playing professionally overseas and in the United States.

As a player, Hepker was the starting point guard for Coach Lamar from 2004 - 2008. The Pioneers qualified for the national tournament in each of his four years, advancing to the Final Four three times and winning the National Championship in 2007. Hepker earned All-America honors his sophomore, junior, and senior year, and was MVP of the National Tournament in 2007. He was named the Conference Player of the Year in 2007 & 2008, a Champion of Character Award winner, and was a two-time NAIA-Daktroncis Scholar-Athlete. He was elected to the MNU Athletics Hall of Fame in 2013.

Ottawa University of Arizona (2017-2021): Hepker spent four seasons as the lead assistant coach for the OUAZ men's basketball program after taking the position to help build the program before the start of the 2017-18 season. Hepker is no stranger to the NAIA having spent 14 seasons as a coach or a player within the national organization. During that time, Hepker teams have reached the NAIA National Championship eight times.

OUAZ won 44 games during Hepker’s four seasons on the Spirit bench. He was the acting head coach in the Spirit’s 96-68 upset of ninth-ranked The Master’s in January of 2021 and he helped game plan for three wins over nationally ranked teams during the 2019-20 season, including a road win at No. 7 The Master's that snapped the Mustangs 47-game home court winning streak.

Grand View (2015-17): Hepker spent two seasons as an assistant coach at Grand View where the Vikings tallied a record of 35-27. The 2016-17 squad reached the NAIA National Championship and finished 20-11 for its first 20-win season in six years. The Vikings averaged 83 points per game over the two seasons with Hepker on the bench, including finishing 15th in the NAIA at 85.1 points per game in 2016-17.

MidAmerica Nazarene (2010-15): Before moving to Grand View, Hepker spent five seasons as an assistant coach alongside current OUAZ head coach Matt Keeley for Rocky Lamar at MidAmerica Nazarene. The Pioneers won 102 games and reached three NAIA National Championships during that time, including a trip to the quarterfinals and another to the Fab Four. Hepker coached at least one All-American in each of his five seasons at MNU.

As a player, Hepker was a four-year starter at MNU from 2004-2008. During those four years, MNU won 115 games and made four trips to the NAIA National Championship. Those runs included three straight trips to the Fab Four and winning the 2007 title with Hepker being named the tournament's Most Valuable Player. Hepker was a Second Team All-American as a sophomore and a First Team All-American as a junior and senior, as well the Heart of America Conference Player of the Year his junior and senior seasons.

Hepker would continue his playing career professionally overseas for the Cocoon Baskets Weiden in Weiden, Germany for one season in 2008-2009.

Hepker graduated from MidAmerica Nazarene in 2008 with a degree in History and Government Education. He lives in Olathe with his wife Amy and three children: Brenley, Brooklyn, Bryson.