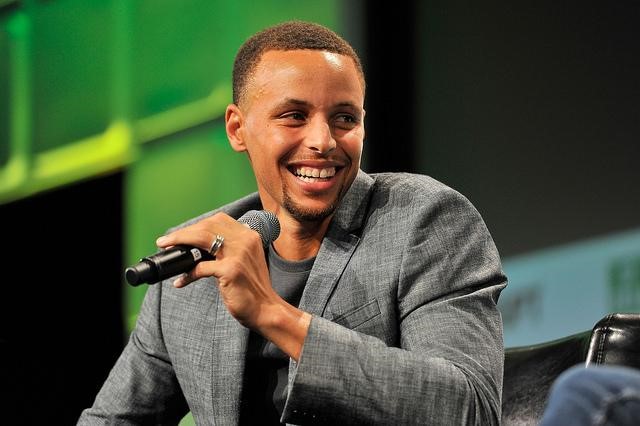 An article from the Wall Street Journal came out and explained that Steph Curry didn't specialize in basketball and he actually played multiple sports growing up.

"In an age of hyper-specialization, Curry has reached the pinnacle of his sport by doing the exact opposite. He played basketball, but he also played some baseball, football, soccer and basically everything else in a sports buffet. What worked for Curry, experts say, could work for everyone."

There are also many other great points from the article. Major organizations are against specialization.

"In the last five years, the American Medical Society for Sports Medicine, the American Academy of Pediatrics and the International Olympic Committee have published research supporting the position that children should sample different sports, rather than picking one too early."

In a consensus statement by the International Olympic Committee, it says...

"Children who participate in a variety of sports and specialise only after reaching the age of puberty, for example, tend to be more consistent performers, have fewer injuries and adhere to sports play longer than those who specialise early."

NBA Jr. and USA Basketball have also put out similar recommendations in their guidelines.

Even the researcher K. Anders Ericsson of the grossly misinterpreted and bastardized 10,000 hour rule weighs in...

"This idea that you have to restrict yourself is a total misrepresentation," Ericsson said. "The more practice you squeeze in does not necessarily lead to improvements but may, in fact, lead to the acquisition of bad habits."

Unfortunately, in today's world, many of the pressures to specialize is driven by the youth sports business. Club sports are rejecting players who don't commit to 6-month, 9-month, and even 12-month programs.

Additionally, misinformation of specialization is being spouted to the parents.

And the ultimate fear of "Your child might get behind" is usually the number one tactic whether it's well-intentioned or not.

No wonder parents feel like their head is spinning when trying to educate themselves and make these decisions. It's hard enough to find time to just relax for 10 minutes every night.

With that being said, you still need to figure out what your objective is with your child's experience with sports. What is the purpose?

My objective with my children is to learn character skills through sports that will help them be successful, happy adults.

These skills include gratitude, respect, hard work, empathy, healthy communication with others, how to lead, how to follow, how to take instruction, how to critically think, the ability to keep a proactive attitude, and anything else that will make them a better person.

Additionally, I want them to learn to love sports. Playing sports is a great way to maintain fitness. Research shows that physical fitness aligns with being smarter and happier.

Lastly and least important, I want a coach who is good at teaching the sport.

Now, don't get me wrong... there are situations in which to specialize.

If you live in an area where violence and gangs exist and the sport is the only medium to keep them out of trouble, SPECIALIZE! But if there are other opportunities for other sports, play multiple sports.

What are the advantages to playing multiple sports versus specializing?

Here Is What You Should Do

It's a game. Who cares if your child can throw a ball through a basket, kick a ball through a net, spike a ball, or run better than somebody else? Is that going to make them happy, successful adults? Probably not. Many professional athletes struggle finding happiness.

However, having a good relationship with you and developing character skills will give them a great life, no matter what endeavor they choose and no matter how far they advance in their sports career.