To teach three offensive players running the floor with a sudden numbers advantage, how to hurry up the floor under control, see the court, keep their spacing, and move the ball against a defense chasing them from behind. 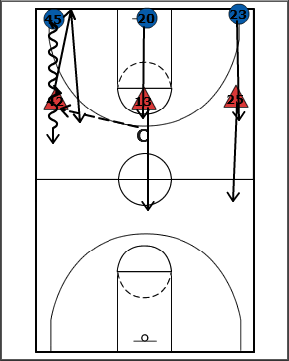