This is a great drill that improves ball handling, 1v1 defense, and athleticism. It also conditions your players and is a vital foundation for any team defense. 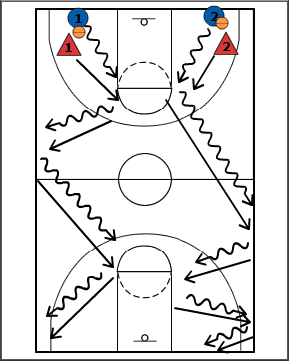