This drill encourages players to look up the floor and pass, rather than dribbling. You develop skills for rebounding, pivoting, jump stops, bounce and chest passes, lay-ups, power and speed dribble.

We like this drill because it utilizes so many skills and keeps our team moving up and down the court. We also turn it into a team competition against the clock that encourages everyone to work together. 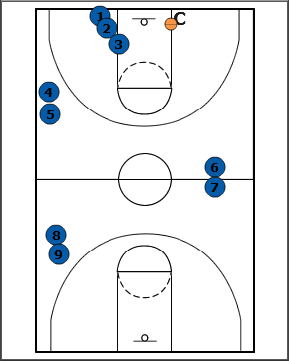 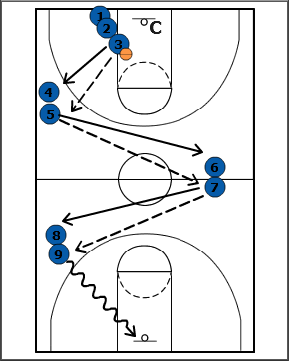 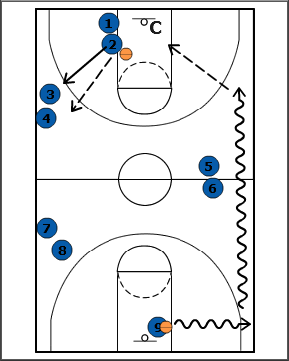