For our 6th grade (to be) girls basketball team, we had a lot of players wanting to join so we decided to create two teams.   Both teams will run the same offense, defense, etc… but we’ll practice separate.

Since I don’t have enough time to coach both teams I have recruited a couple coaches to work with our second team.  Technically I am the “director of coaching” and responsible for making sure they are well coached and developing.

So I’m writing up the framework and requirements I expect the coaches to follow. 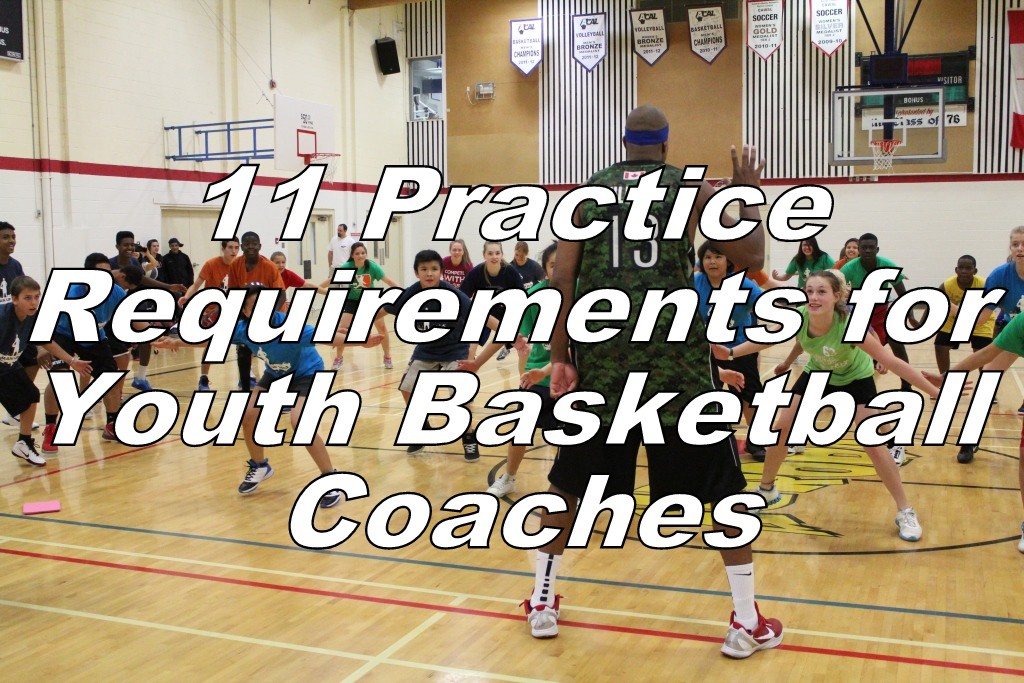 Here’s what I wrote for the practice requirements for the coaching youth basketball.  In my opinion, this is something all youth coaches should adhere to…

1) Little to no standing in lines.  Players should be active.  Keep them moving.  Improvise to keep them active (use stations, split into groups, use better drills, etc).

2) Lots of touches on the ball.  Players should have a ball in their hands during a large portion of the practices.  Sharing one ball among 10 players, severely limits their touches.  Use drills for optimal development and touches.

4) Run some type of competitive 1v1 full court dribbling drill in at least 9 out of 10 practices.  This is probably the best drill there is for ballhandling, agility, on ball defense… do this daily.

6) Reward effort, not natural ability.  If a player is trying hard, give them praise!  Encourage discipline and effort.  Really focus on emphasizing “effort”.

7) Be positive!  Make things fun.  There’s no need to yell.  Give out high fives and lots of verbal praise when they do a good job.  Set a good example by being a positive coach.  We want to build up their confidence and make this a fun experience for the players.  Keep in mind, you can still require discipline without yelling.  For example, if they don’t listen, just sit them out of the activity for 5-20 minutes.

8) Allow Mistakes.  Players will make lots of mistakes.  That’s ok.  That’s how you learn and “fear of failure” is probably the biggest hindrance to player development.  Make sure they know it’s ok to make mistakes and they are in a safe zone.

9) Allow yourself to make mistakes.  As a coach, you will mess up and make mistakes.  Don’t worry about it.  Hindsight is 20/20.  I have been coaching a long time and I still make mistakes all the time.  That’s how you learn.  In addition, no one expects you to know everything on day 1.  Slowly increase your knowledge and understanding of the game.  As a coach, learning should never stop.

10) Eliminate the three Ls. Eliminate lines, laps and lectures.   Running laps or wind sprints, especially without a ball, is a waste of time. All conditioning drills should be done with the ball in their hands.  Lectures should be left for the classroom. Kids come to practice to be active and participate, not to be talked to for extended periods of time.  Keep lectures short and concise.  Players learn by seeing and doing.

11) Focus on player development!  Put learning how to play basketball ahead of learning your system.  This is paramount.  Most of your time should be spent on things that will help players no matter what team or coach they play for in the future. Teach them fundamentals like spacing, cutting, screening, shooting, dribbling, 1v1 moves, passing, footwork, defense, and lay ups.